The European Commission has finalised an advanced purchase agreement (APA) with Novavax to buy up to 200 million doses of NVX-CoV2373, the company’s Covid-19 vaccine candidate.

The European Commission has finalised an advanced purchase agreement (APA) with Novavax to buy up to 200 million doses of NVX-CoV2373, the company’s Covid-19 vaccine candidate.

NVX-CoV2373 is a protein-based Covid-19 vaccine candidate, which was developed using Novavax’ recombinant nanoparticle technology and formulated with its saponin-based Matrix-M.

Under the terms of the deal, the European member states will be able to purchase up to 100 million vaccine doses, with an option for 100 million additional doses through 2023.

Delivery of the initial doses will begin after the vaccine is reviewed and approved by the European Medicines Agency (EMA) as safe and effective in the third quarter of this year.

Novavax stated that in a Phase III clinical trial performed on nearly 30,000 subjects in the US and Mexico, the vaccine candidate showed 100% protection against moderate and severe disease and 90.4% overall efficacy.

Meanwhile, NVX-CoV2373  also showed 89.7% overall efficacy and over 96% efficacy against the original strain of the virus in a Phase III clinical trial conducted on around 15,000 subjects in the UK.

Novavax president and CEO Stanley C. Erck said: “We thank the European Commission for their partnership in this important step to expand vaccine options for the citizens of Europe and globally as we work to bring the first COVID-19 protein subunit vaccine to the market.

“With clinical data from our trials showing strong efficacy against Variants of Concern and Variants of Interest, we believe that our vaccine candidate will play a critical role in the effort to help control the pandemic in the EU and other regions in the world.” 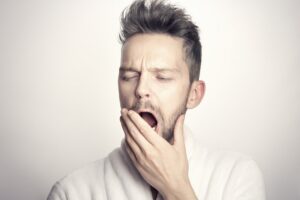