Johnson & Johnson (J&J) has reached a $230m agreement to settle the opioid-related claims with the New York State and its participating subdivisions Nassau County and Suffolk County.

Johnson & Johnson (J&J) has reached a $230m agreement to settle the opioid-related claims with the New York State and its participating subdivisions Nassau County and Suffolk County.

The deal addresses the opioid lawsuit filed by the attorney general of New York state and will remove the company from the trial scheduled to begin in Suffolk County.

Under terms of the agreement, J&J will be responsible for making the allocated payments over a period of nine years.

The company may also require paying another $30m in the first year if New York signs into a law new legislation that creates an opioid settlement fund.

J&J stated that it did not admit liability or wrongdoing in agreeing to the settlement and the deal was consistent with its previously all-in settlement agreement to pay $5bn to settle opioid claims by states, cities, counties and tribal governments.

The settlement agreement also prevents the company and all of its subsidiaries, predecessors, and successors from manufacturing or selling opioids in the state and ending its sale of opioids nationwide.

Additionally, the company is not allowed for funding or in-kind support directly or indirectly to any third party, which is primarily engaged in promoting opioids, opioid products, or products to treat opioid-induced side effects.

New York Attorney General Letitia James said: “Johnson & Johnson helped fuel this fire, but today they’re committing to leaving the opioid business — not only in New York, but across the entire country. Opioids will no longer be manufactured or sold in the United States by J&J.” 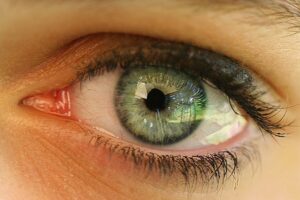