SDX is the company’s proprietary prodrug of d-methylphenidate (d-MPH) and is the sole active pharmaceutical ingredient (API) in its lead clinical candidate KP1077.

KP1077 is being developed for IH and narcolepsy treatment.

A Phase II clinical trial of KP1077 in IH patients is expected to be initiated before this year-end and a second trial in narcolepsy patients next year.

“This regulatory milestone comes at an important juncture in the ongoing development of KP1077 as we prepare to initiate the Phase II clinical trial in IH before year-end 2022.

“We believe KP1077 could provide an improved treatment option for patients with IH and other sleep disorders by addressing the most debilitating symptoms of IH, including excessive daytime sleepiness, extreme difficulty waking up (sleep inertia), severe “brain fog,” and falling asleep unintentionally and/or at inappropriate times, even after adequate or prolonged nighttime sleep.”

Based on these results, the initial dosing strengths for the planned Phase II trial are expected to be well-tolerated and provide higher overall exposures to d-MPH. 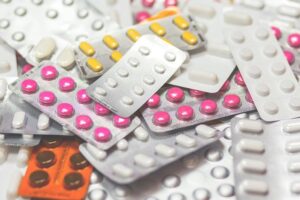