UK based biotech company Redx said that its lead selective ROCK2 compound has been shown to have broad potential in the treatment of fibrosis as per new in vivo data.

The data show that the compound when dosed therapeutically after the initiation of fibrosis was able to curb collagen deposition and pathways related to the disorder.

Redx said that the data suggests that selective ROCK2 inhibition can have an effect on established fibrosis.

The company revealed that data reported from separate studies suggest that its compound has a suitable pharmacokinetic profile for an orally bioavailable drug. Redx, further, said that as the compound has a low propensity to block key drug metabolizing Cytochrome P450 enzymes, it is unlikely to interact with other drugs.

Redx Pharma CEO Lisa Anson said: “We are encouraged by the pre-clinical data announced today by Redx. Liver fibrosis associated with NASH remains a condition with a clear unmet medical need and we hope that Redx’s research into ROCK2 inhibition progresses into the clinic, potentially producing further data which could lead to a new treatment option for liver fibrosis patients.”

The company said that following final safety assessments, it intends to nominate a drug candidate for the ROCK2 program by mid 2019. If nominated for development, the new selective ROCK2 inhibitor will be developed as an orally administered, treatment for non-alcoholic steatohepatitis (NASH) with first human clinical trials to begin in 2020.

“We are very encouraged to generate a highly selective ROCK2 inhibitor series where the lead compound has demonstrated anti-fibrotic effects pre-clinically in a broad range of organ models without any observed toxicity.”

Last month, the UK company was given approval by the UK’s Medicines and Healthcare products Regulatory Agency (MHRA) to restart a phase 1/2a trial for its cancer candidate RXC004 in advanced solid tumors. 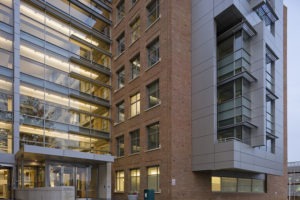