Novartis’ Sandoz said that it will appeal the ruling of a US district court pertaining to the patent infringement case on Erelzi (etanercept-szzs), the company’s biosimilar to Amgen’s Enbrel (etanercept).

The United States District Court of New Jersey gave ruling against Sandoz over the validity of the two patents that describe and claim Enbrel and the methods for developing it.

Sandoz will challenge the ruling to the US Court of Appeals for the Federal Circuit. The parties involved in the patent litigation have agreed to an expedited appeal.

Sandoz US president and North America head Carol Lynch said: “Sandoz respectfully disagrees with the Court’s ruling, which prevents us from launching an additional treatment option for patients with autoimmune and inflammatory diseases.

“Valid intellectual property should be respected, however, we continue to consider the patents in this case to be invalid. Amgen asserted two patents that it obtained from Roche, in what we believe is an attempt to extend its US compound patent protection for etanercept to 2029.”

Sandoz became the first biosimilar company to get approval from the US Food and Drug Administration (FDA) for a biosimilar etanercept. The company said that although Erelzi has been approved for almost three years for the treatment of various inflammatory diseases, it could not launch the drug owing to the ongoing patent litigation filed by Amgen.

The patent infringement action against Sandoz was brought up in federal court by Amgen’s affiliates Immunex and Amgen Manufacturing along with Roche, the owner and licensor of the two patents.

Amgen claimed that before trial, Sandoz acknowledged that its biosimilar etanercept infringed seven patent claims and that it moved ahead only on the former’s challenges to validity of the claims. The company said that following careful consideration, the court found the Novartis unit to have not met its burden to prove the seven asserted claims to be invalid.

Amgen chairman and CEO Robert Bradway said: “Protecting intellectual property is critical to incentivize innovation and the large investments in research and development that are required to bring new medicines to patients and fully develop their therapeutic potential for patients.” 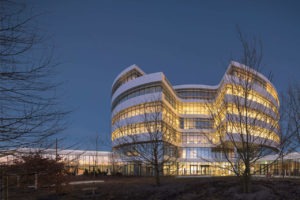