Biopharmaceutical company SciNeuro Pharmaceuticals has signed an exclusive license agreement with Eli Lilly and Company for the development and commercialisation of alpha-synuclein targeted antibody therapies in Greater China.

Biopharmaceutical company SciNeuro Pharmaceuticals has signed an exclusive license agreement with Eli Lilly and Company for the development and commercialisation of alpha-synuclein targeted antibody therapies in Greater China.

As per the agreement, SciNeuro, which is focused on providing transformative therapies to people suffering from neurological diseases, has acquired an exclusive license to alpha-synuclein targeted antibodies that will be developed by Eli Lilly within Greater China (mainland China, Hong Kong, Taiwan and Macau).

Eli Lilly will be given an upfront cash payment, apart from milestones and royalties on products developed and commercialised by SciNeuro down the line.

All rights outside Greater China will remain with Eli Lilly.

Eli Lilly Neurodegeneration Research vice-president Michael Hutton said: “Approximately 3 million elderly people are currently affected by Parkinson’s disease in Greater China, creating a significant disease burden. There is a pressing need for new therapeutic options. We are pleased to be collaborating with SciNeuro, a company dedicated to the treatment of serious neurological diseases and focused on development within Greater China, to help address such needs.”

Alpha-synuclein therapies may exhibit efficacy in Parkinson’s disease and other similar neurological disorders, which currently have a significant unmet medical need.

SciNeuro founder, president and CEO Min Li said: “We are excited to establish this important collaboration with Lilly, an industry leader in neurological diseases. Alpha-synuclein is a promising target for neurodegenerative disease with robust evidence of human genetics and disease pathology, and it aligns well with SciNeuro’s strategic focus. Current therapies for Parkinson’s disease provide symptomatic relief, while alpha-synuclein targeted therapies, particularly given the differentiated features of the Lilly programme, have the potential to slow or halt disease progression. They hold significant promise as a new treatment paradigm to improve the quality of life and management of Parkinson’s disease patients.” 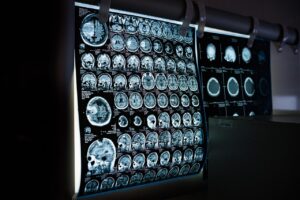