The second indication of Sarclisa (isatuximab) for the treatment of adult patients with relapsed multiple myeloma, was approved by the European Commission (EC).

The second indication of Sarclisa (isatuximab) for the treatment of adult patients with relapsed multiple myeloma, was approved by the European Commission (EC).

This second approval of Sarclisa is in combination with carfilzomib and dexamethasone (Kd) for adult patients who have received at least one prior therapy, along with a standard of care regimen in less than 12 months.

University Hospital of Nantes, France Department of Hematology Philippe Moreau said: “As there is no cure for multiple myeloma and patients often experience disease relapse, we must persist in our pursuit for additional treatment options. Nearly 30% of patients treated with the Sarclisa regimen had a profound response with undetectable levels of multiple myeloma. This new therapeutic regimen has the potential to become a standard of care for patients with relapsed multiple myeloma, who now have another treatment option earlier in the progression of their disease.”

This latest approval follows the US Food and Drug Administration (FDA) approving Sarclisa for a similar indication in March 2021.

In June 2020, Sanofi announced that Sarclisa had received EC approval in combination with another standard of care regimen, pomalidomide and dexamethasone (pom-dex), for the treatment of adult patients with relapsed and refractory multiple myeloma.

More particularly, it is for those who have received at least two prior therapies, including lenalidomide and a proteasome inhibitor, and have exhibited disease progression on the last therapy.

Sanofi Oncology and Pediatric Innovation Global Development head Peter C Adamson said: “The EC approval of Sarclisa in combination with carfilzomib and dexamethasone means patients living with multiple myeloma in Europe can now receive Sarclisa in combination with two standard of care treatment regimens. The carfilzomib and dexamethasone combination represents an important standard of care in Europe. The Phase 3 IKEMA trial’s finding that the addition of Sarclisa to this regimen reduced the risk of progression or death by nearly half formed the basis for this important EC approval.” 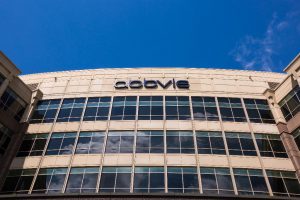 AbbVie to acquire TeneoOne and multiple myeloma drug from Teneobio