“We are encouraged by the European Commission’s and European Medicines Agency’s recognition of the benefit that zanidatamab can provide in the treatment of HER2-expressing gastric cancers as we continue to expand our clinical development globally,” said Diana Hausman, M.D., Chief Medical Officer at Zymeworks.

The EC grants Orphan Drug designation to therapies that represent a significant benefit over existing treatments, are intended for the treatment, prevention or diagnosis of a life-threatening or chronically debilitating disease, and where prevalence of the condition in the European Union (EU) is less than 5 in 10,000 persons. Orphan drug designation gives companies certain benefits, including 10 years of market exclusivity following regulatory approval, reduced regulatory fees, clinical protocol assistance, and access to research grants.

“While gastric cancer is a rare disease, European countries experience the highest incidence rates among all Western countries,” said James Priour, Senior Vice President, Commercial, at Zymeworks. “The European Commission’s granting of Orphan Drug designation for zanidatamab represents an important step towards bringing this promising investigational medicine to patients in Europe and around the world.” 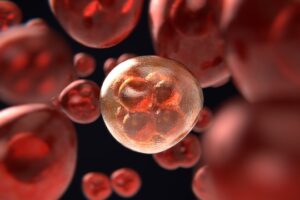