The US District Court for the District of New Jersey has granted PI against DRL to stop selling or importing its generic buprenorphine/naloxone sublingual film product.

According to Indivior, DRL marketed a quantity of its generic buprenorphine/naloxone sublingual film into the US market prior to the granting of a temporary restraining order (TRO) on 15 June.

Indivior also noted that it does not know the exact quantity of product marketed by DRL prior to the issuance of the TRO, but based on the recent abrupt loss of market share for its Suboxon film, the net revenue impact to be around $25m in the fiscal year 2018.

Indivior CEI Shaun Thaxter said: “It is important to recognize that the court’s decision does not prevent patients or payors from accessing existing generic sublingual buprenorphine/naloxone medications, as all currently available treatments are unaffected by today’s ruling.

“The U.S. market for medication-assisted treatment is already highly competitive with multiple therapies available, over half of which are generic medicines.

“However, patients can face other challenges accessing treatment-such as difficulty finding a treatment provider or dealing with the stigma associated with addiction.”

Sublocade (buprenorphine extended-release) injection is Indivior’s once-monthly injectable buprenorphine formulation for the treatment of moderate to severe opioid use disorder.

The company secured approval from the US Food and Drug Adminsitration (FDA) for Sublocade in November 2017.

Sublocade includes a partial opioid agonist called buprenorphine, and should be used as part of a complete treatment program. 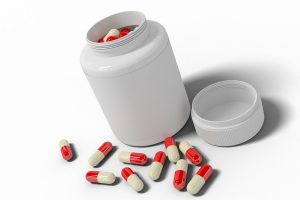